Ramblings of a resto druid

After a bit of a break, time to get back into soloing (work has been crazily busy and I’ve been unwell, so I’ve been focussing on just getting through raids without falling over).

As a nice easy warm-up, I headed into the Nexus with my usual setup: feral tank spec – 346ish ilvl gear.

The trash was fairly easy, so after clearing a few packs I tended to stealth past whatever I could. The patrolling dragons in the entrance corridors, and the Mage slayer hounds can all detect stealth, so you’ll want to take those out in any case. Also, the chaotic rifts zap anything close (breaking stealth) so you’ll want to give those a wide birth, or just take out those mana wraith groups.

Kolurg was a simple tank and spank, I just popped berserk on the pull to burn down his priests.

Telestra I tanked mostly in kitty form, just shifting into bear on the split phases, then back in kitty to be thrown around the room, trying to put up bleeds as I whizzed past… 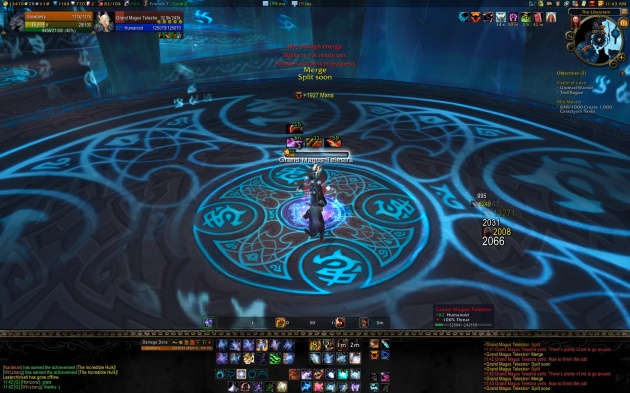 Onto Anomalus, who was pretty much a tank and spank in bear form. again I popped berserk on the rifts when they were close.

Anomalus looking as threatening as a glowy thing can

I stealthed through the gauntlet, gasping at the stupid new bright yellow treant models, and onto Ormorok. He was the simplest of the instance, truly stand-and-hit bear-tanking.

Finally to Keristrasza, avoiding her stealth-detecting patrollers, and killing the one in her room before engaging. Then it was jump, jump, jump while burning her down. I seemed to resist all but one of her frost snares, so didn’t end up taking much damage from her.

Keristrasza and the jumping bear

In summary – any tanking class could solo this heroic easily at 85. I didn’t need to use any self healing or major cooldowns. It’s fairly quick with stealth, about 20 minutes all up, even without stealth, the trash would be mostly avoidable or able to be burned down pretty quickly.

Reasons for doing this heroic at 85? Well there is no mount/pet – so in my case it’s just to cross it off my list.

And finally, a screenshot for Voros: 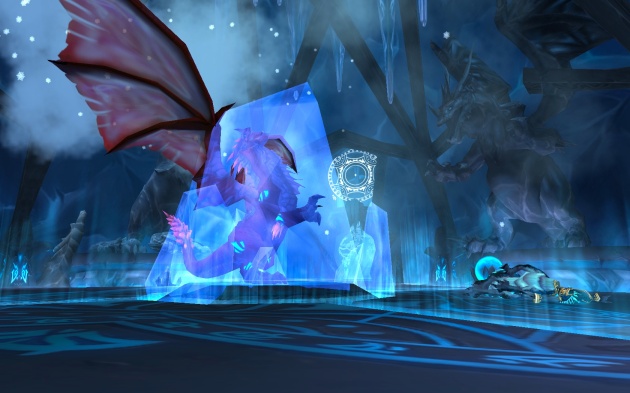